There are lots of things in life I don’t understand. I wrote about one of those things when I penned “Who Let Ralph Lauren Outfit Team USA”. I wrote that because I was appalled at how bad the Team USA outfits were for the Summer Olympics.

I decided to put together a list of other examples of horrible designs that are getting the green light. It makes me wonder if there’s a school out there teaching executives that these are good ideas. On the other hand, maybe they are all paying the same consultant. That consultant is surely laughing all the way to the bank that these idiots fell for his joke.

Check out these out examples. If you bought one of these, I really hope you have a good reason. 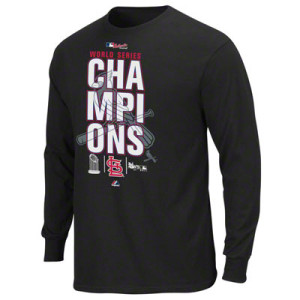 You may get a pass if you own this shirt solely because it is a Cardinals shirt. There is something in the water in St. Louis that makes people completely irrational when they see Cardinals merchandise. How in the world did breaking up “Champions” seem like a good idea? 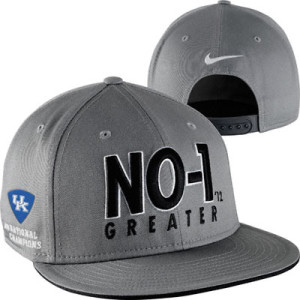 This is an embarrassment to “Big Blue Nation”. The University of Kentucky men’s basketball team has more wins than any other program in the country. They hold the highest winning percentage historically and have won 8 National Championships. Would any of those guys on the other 7 National Champion squads be proud to wear this? I sincerely doubt it. 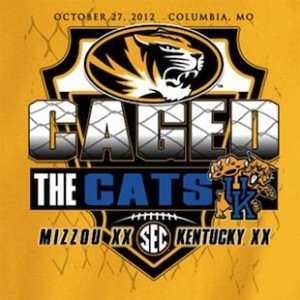 This one made national news here and here. Yahoo OPENED their blog post on the shirts like this:

“A lot of teams make T-shirts to commemorate big wins, but whoever thought Missouri should make a T-shirt to celebrate its 33-10 win over 1-8 Kentucky should probably be looking for another line of work.”

I’m a diehard Mizzou fan. Seeing this shirt sucks in multiple ways. Sure, this was our first SEC win during a disappointing season, but the win for us dropped Kentucky to 1-8 on the season. They were not a very good team. Yahoo gets it right when they say heads should roll for giving this shirt the green light. The problem with this shirt being sold is that MULTIPLE people had to be involved in this decision. I know Gary Pinkel, the Head Coach at Mizzou, isn’t totally involved in decisions like this but if he didn’t see this shirt and immediately make some phone calls dropping expletives asking how this happened, something is wrong.

I see this as an exhibit that something is seriously wrong with NCAA athletic programs. The folks at Mizzou put this shirt out there to grab some profits at the expense of proud University of Missouri-Columbia graduates everywhere. Maybe we need to file a lawsuit like Ed O’ Bannon. 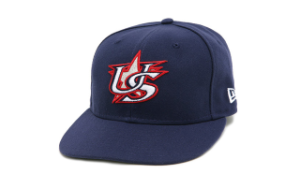 As much as I am a proud Mizzou fan, I am even prouder to be an American. Luckily, I was not around children when I saw the players wearing these hats. I’m guessing the powers that be didn’t read my post about the awful USA Olympic outfits because the same guy must have given these the green light. Can someone please hire this guy away to do something that doesn’t involve making decisions like this? I would have been much happier with adding an ‘A’ on there in the same pattern as the ‘U’ and ‘S’ and taking out that stupid star. I know what you are thinking and I don’t know why they don’t come to me about these things either. 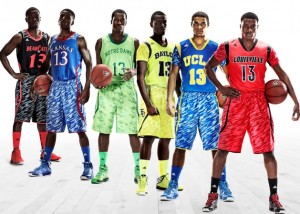 These have been universally mocked so much that it required a Mashable post just about the mocking. These six teams wore these either during their conference tournament or in the NCAA Tournament. We’re talking national television here. If you have a recruit that sees these uniforms and it makes him want to play for your school, I will bet $5 he doesn’t qualify to get in. Look at these shorts. You’re playing basketball here, not frisbee on a beach. Take a closer look at Notre Dame wearing these jerseys in a game. 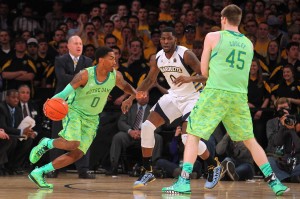 ESPN analyst Jay Bilas may have described it best on the live broadcast when he said “Looks like someone had a Shamrock Shake and threw up on them.”

Clearly all of these designers and the people who give these things the green lights are playing a game here. They are challenging each other to see just how gullible people are.

If you bought any of these items, you should confess your sins. Hopefully if you confess, you won’t make the same mistake again. If people stop buying these hideous things, hopefully the people behind the ideas will get fired or change their way of thinking. The world will be a better place for it.