Would include a specialty grocer with ever-changing varieties of coffee, tea, organic vegetables, fresh deep-sea fish and awesome trail mix. The people who worked there would be as eclectic as the goods and services that it heralded. The long hair, tattooed, hippy types. Salt of the earth, nap in the afternoon give the shirt off their back types.

Would include an independent bookseller that shuns bestsellers in favor of local bards and sages. 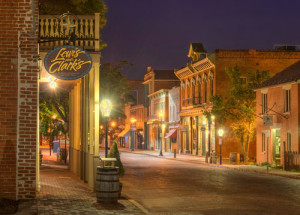 Would include a wine seller with a giant personality capable of making my wine experience rival an over the top night out with my mate.

Would include an old fashioned daily news kiosk/shop – ripe with all world mags. And, that crazy impulse buy stuff, crappy coffee, good candy and fresh flowers.

And, it would be traffic free and close to the most amazing city amenities.

In Saint Louis, that stretch of road might include the blocks between 10th and 5th along Washington Avenue. 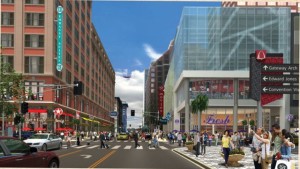 While it may not include everything I described above, it may well have the best chance of doing so.

What is Your Perfect Street?

Do you have a favorite street in St. Louis? Where is it? And, why do you like it so much?

Out to put a dent in the Multifamily Universe