The oh so popular St. Louis cover band, Dance Floor Riot, is finally coming out with a CD! And of course, they’re throwing a huge party to celebrate the release.

Dance Floor Riot is a group of 6 uniquely talented guys who all bring a different musical style to the band. Here’s some inside info about the band:

Mike – Lead vocals: “He brings a powerful Soul/R&B mix to the group.” He does a better version of “Gold Digger” than Kanye. J/k…but it’s really good.

Brandon – Lead vocals #2: “The mustachioed siren.”  He gives the shows some extra flavor with his fun dance moves.

Joe – Keyboard: The LoveBug. “Adds a strong electronic foundation to the music.”

Dan Strain aka Dance Train – Bass: Besides having the best nickname ever, “Dance Train is a funky fresh, punk rocking, Indie music lover.”

Eddie – Guitar: Great guitar player who apparently knows his Blues music. “He has sat in with the classic rock band Head East.”

Seth – Drums: Gives the music some rock. “He’s not afraid to throw a heavy metal double bass pattern into a Ke$ha song.”

They began jamming together back in 2008. Since then, there have been many life changes: engagements, babies, a move to Columbia, but (almost) every weekend they drop whatever it is they’re doing to play in St. Louis. Their songs include everything from Backstreet Boys’ “I Want It That Way” to Blackstreet’s “No Diggity” and almost everything in between, sans country…unless you count Taylor Swift. My personal favorite: “Everybody Talks” by Neon Trees. 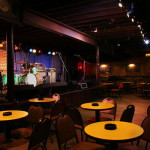 They are releasing Under the Covers with Dance Floor Riot, a 9 track CD with all covers infused with some rock flavor, on Saturday, January 26th. The party will be in the Duck Room at Blueberry Hill. Tickets are $10 and they’ve invited St. Louis band ‘Those Guys’ to open for them.  Doors open at 8pm with the show beginning at 9pm. Tickets will only be sold at the door on the night of the event, so make sure to get there before 9pm to get a good seat.

Along with the great music and the fun that is sure to be had (and if you’ve been to a DFR show, you know there will be dancing) they will also be giving away a few fun prizes including free copies of the CD. 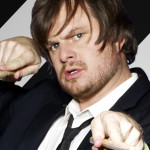 Now of course, DFR is awesome and heading out to Blueberry Hill to grab a copy of their CD and hear them play is reason enough, but to add an even cooler cool factor: Derek Miller, The “Pro Drummer” from Wedding Band, a new comedy show on TBS about a group of friends who perform in a wedding band, will be MCing the party. He’s pretty funny and maybe we’ll get to see him play a little.